Grizzly Bear Pics to Celebrate BC’s Ban on the Hunt

It’s a great day to be a grizzly bear in British Columbia: BC’s government has banned all grizzly hunting in the province (though First Nations can still rightly hunt them for food, social or ceremonial purposes, or for treaty rights). Here’s some coverage from CTV News. Having spent several days up close and personal with wild grizzlies at BC’s Khutzeymateen Grizzly Bear Sanctuary this summer while doing research for this collaborative Smithsonian photo essay (and staying aboard Ocean Light II), I thought I’d post a few quick pics in celebration. But for professional photos from conservation photographer Neil Ever Osborne, plus grizzly facts and bear-viewing stories, please give the photo essay a read. 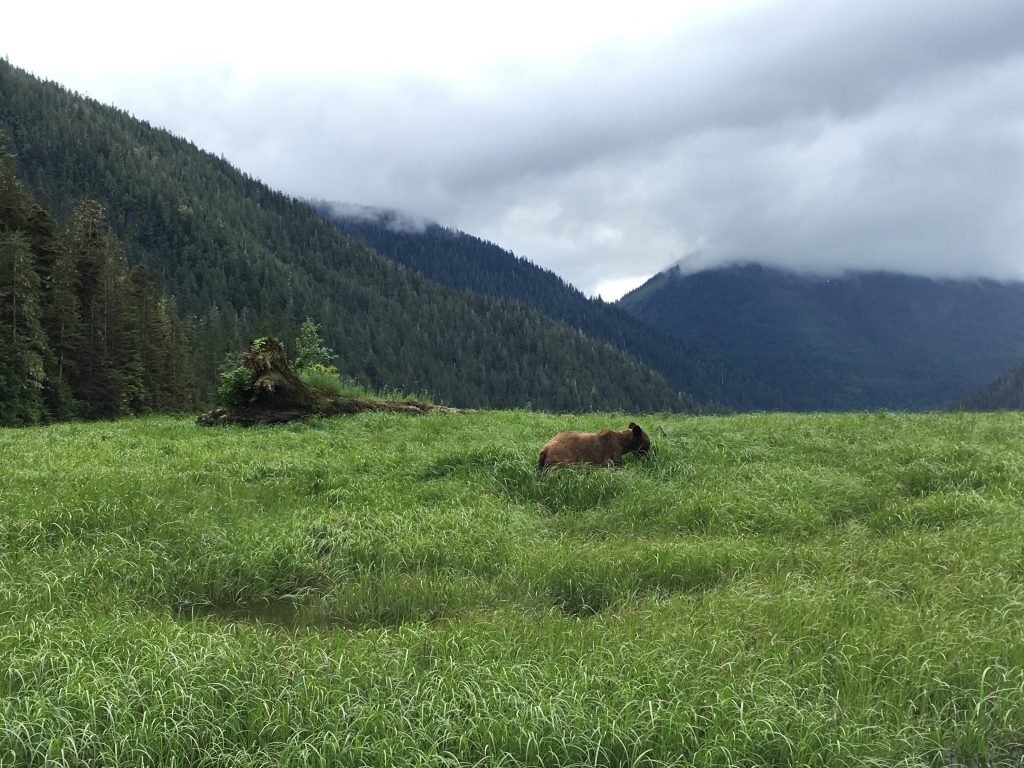 Wading in an all-you-can-eat salad bar of sedge.

Grizzlies have been wiped out in many parts of the world, and they’re currently listed as threatened in some part of BC. The 50 or so who live in the Khutzeymateen have been lucky; thanks to a dedicated team of conservationists and tour guides, they’ve been protected since 1994. As of today, the rest of BC’s grizzlies are now protected, too. 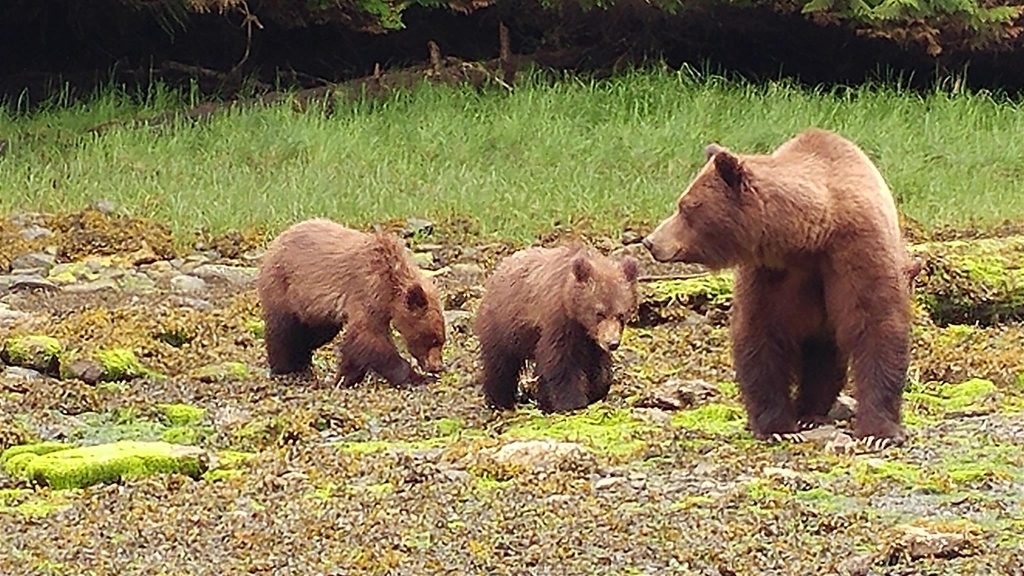 A vigilant sow and her cubs forage for food by the shore. (Photo by Doug Gorney.)

I commend Premier Horgan, the NDP, and BC’s Green Party for coming to this decision and leaving our grizzlies in peace. 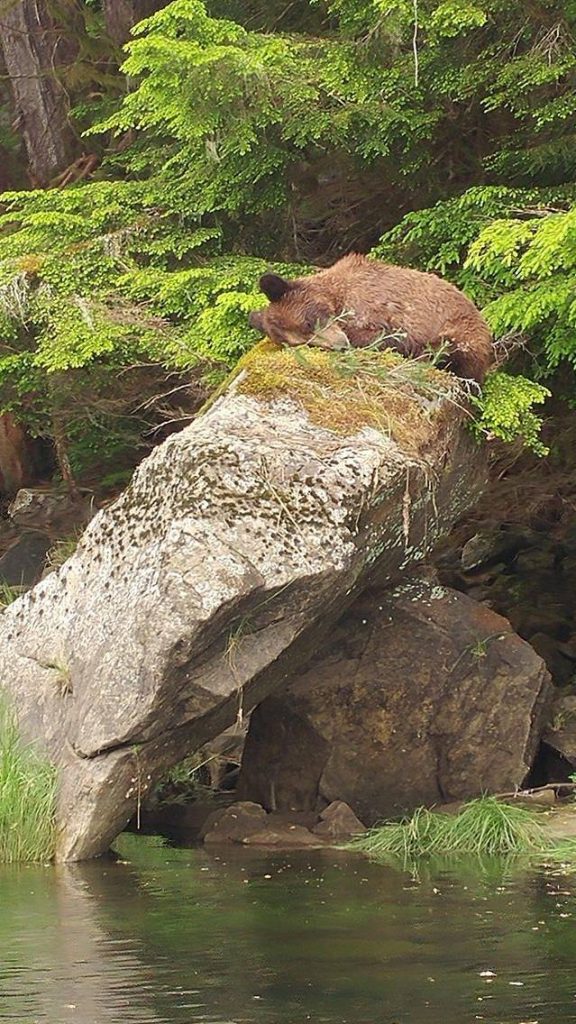 A subadult grizzly bear catches a brief snooze on a moss-covered rock. (Photo by Doug Gorney.)

As a parting shot, here’s the view flying into the Khutzeymateen by float plane (you can also sail in). When you’re protecting grizzlies, you’re helping to support a healthy ecosystem like this one. That’s BC forest at its finest: wild, pristine, and primeval. May it remain so for generations of grizzly bears to come. 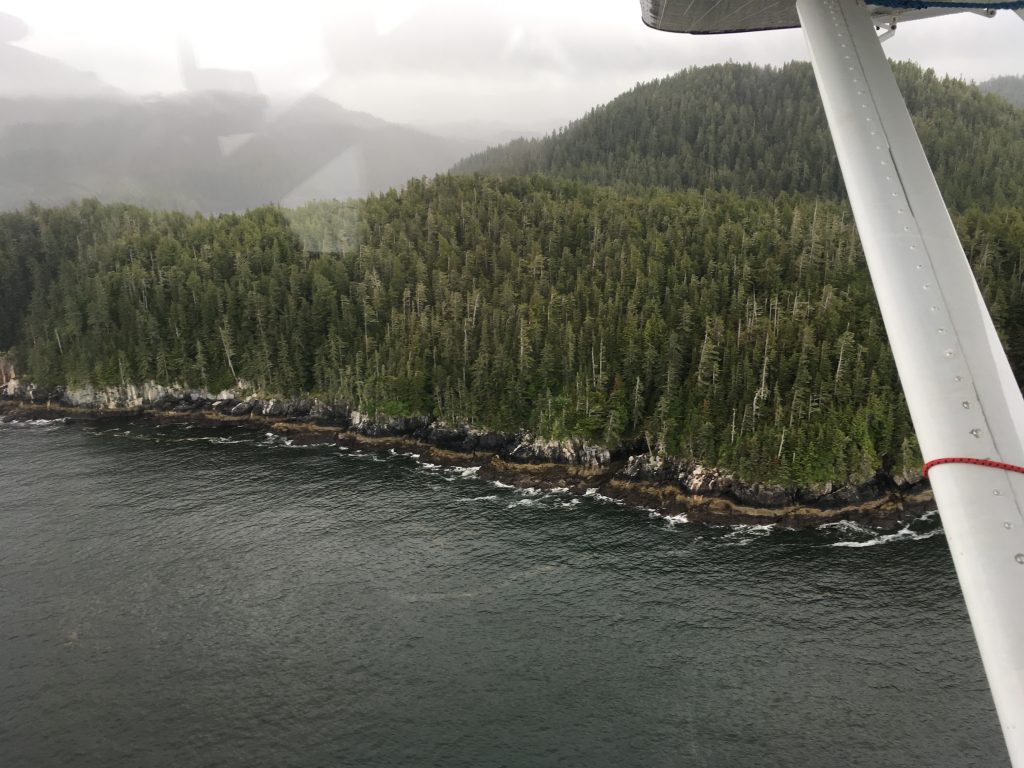 Soaring into the Khutzeymateen Grizzly Sanctuary by float plane.